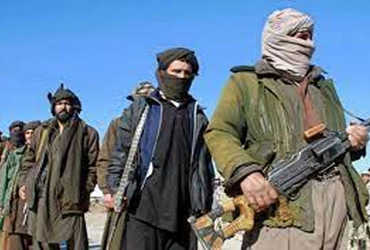 Taliban capture 11 provinces, all police stations in the north

As the situation worsens, the Afghan government is on its knees

The Taliban are now in Sarkar Bhinso, just 130 km from Kabul.

Over half a million displaced in Afghanistan after Taliban attack: UN

Kabul: Taliban militants have captured 11 provinces of Afghanistan. It has also seized police stations throughout northern Afghanistan. As a result, the Afghan government in Bhis has now decided to give the Taliban a share in the government.

And the coalition government is ready to run. For this, Afghanistan is taking the help of Qatar. The Taliban have appealed to the terrorists to stop the violence and to negotiate with us to become partners in the government.

This means that the Taliban have attacked the southern part of Afghanistan and now the southern part. The government has now lost western and northern Afghanistan. The Taliban claimed to have seized armored vehicles, a large number of weapons, drones, etc. Which will now be used against the Afghan army.

Meanwhile, a report released by the United Nations said that four million civilians have been forced to flee Afghanistan since the start of the Taliban insurgency. They currently have no home and are not getting any help.

The United States has been deploying troops to Afghanistan for several years and is withdrawing from May 1. Taliban terrorists have been infiltrating into Afghanistan since May. And in August he captured 10 provinces in just one week.

On the other hand, Afghanistan is now seeking Qatar’s help and is ready to form a government in alliance with the Taliban. However, the one-time ally of the US has raised a hand and has refused to help Afghanistan for the time being. Currently, Taliban militants are only 130 km away from the Afghan capital, Kabul. Due to this the government has fallen on its knees.

Taliban captured the most important Ghazni and Herat, fierce fighting in many cities

The Taliban also captured the city of Ghazni in Ghazni province. Several major cities are currently in the grip of fierce fighting between Taliban militants and the army.

Amanullah Kamrani, a member of Ghazni’s provincial council, said that when Taliban militants entered Ghazni city, the provincial governor and police chief surrendered and fled after making a deal with the Taliban.

Many killed in Taliban attack in Afghanistan