International reactions to the takeover of Afghanistan by the Taliban 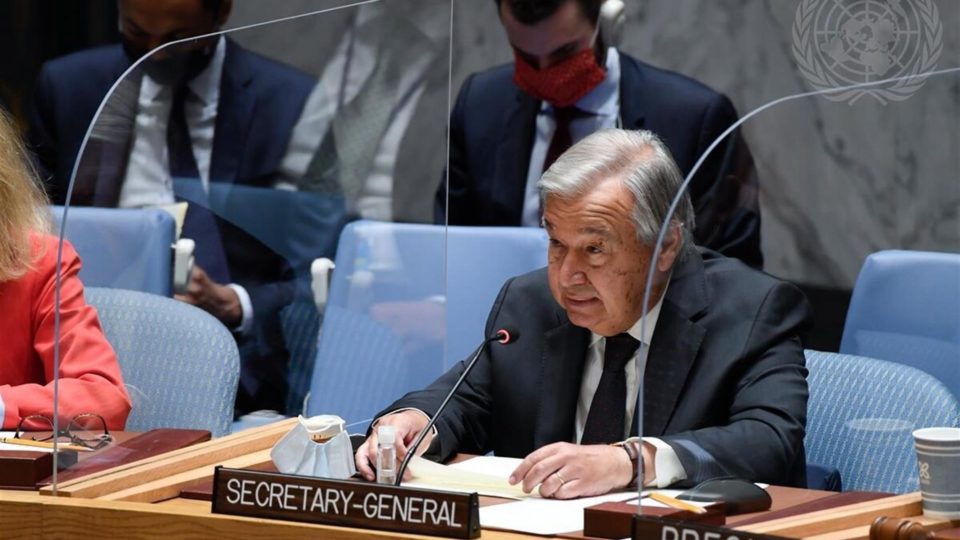 The fall of the Afghan government is not entirely unexpected, given the rapid advance of the Taliban in the country. However, the speed with which this happened surprised even the United States and other Western countries, which had to evacuate their embassies in a hurry and many people are still waiting for a flight to leave the country.

The country’s collapse came just weeks after US and NATO forces entered the final phase of withdrawal in May, handing over all military bases to the then active Afghan army.

The sudden change of command after 20 years of American presence there provoked the most diverse reactions around the world.

Discover the most important:

UN Secretary General Antonio Guterres on Monday asked the Security Council for the international community to unite to preserve respect for human rights in Afghanistan and prevent the country from once again becoming a haven for Afghan terrorism.

The head of the organization, who on Sunday expressed “serious concerns” about the rights of women and girls in Afghanistan, said he had received “appalling reports of severe human rights restrictions across the country.”

“I am particularly concerned by reports of an increase in human rights violations against women and girls in Afghanistan who fear a return to the darkest days,” the Portuguese diplomat told members of the Security Council.

In a speech at the start of the meeting, Guterres informed member states that “in general” UN personnel present in the country and its facilities “have been respected”.

In addition, he underlined the role of humanitarian organizations in providing basic services to the most needy Afghans: “The humanitarian crisis in Afghanistan affects 18 million people, or nearly half of the population,” he added. He underlines.

The United States spoke through the State Department, saying in a joint statement with more than 40 countries, including the European Union, that it demanded and would support “the departure of all Afghans who wish to leave the country “.

The text urges the Taliban to uphold the civil rights of Afghans: “Those in positions of power and authority throughout Afghanistan have the responsibility – and the responsibility – to protect human life and property and immediately restore security and civil order. “

“Afghanistan must not once again become the sanctuary for terrorism that it was,” French President Emmanuel Macron said on Monday.

Macron recalled the importance of remaining aware of what is happening in the country: “It is a challenge to international peace and stability, against a common enemy, terrorism and those who support it; in this regard, we will do everything so that Russia, the United States and Europe can cooperate effectively, because our interests are the same. “

The French president also said he would send two military planes and special forces “within the next few hours” to Kabul, to help evacuate the country.

The Palestinian Islamic movement Hamas, which rules the Gaza Strip, congratulated the Taliban on Monday (16) for taking control of Kabul and much of Afghanistan, which it saw as a “victory” against the United States after decades of war.

In a statement, Hamas “congratulates the Taliban movement and its courageous leadership on this victory, which has been the conclusion of its long jihad (holy war) over the past twenty years” and wishes “success to the Afghan Muslim people and to its leaders in achieving unity, stability and prosperity for Afghanistan “, stressing that” victory comes only from God “.

German Chancellor Angela Merkel admitted on Monday that she and the entire international community were wrong in their assessment of the situation in Afghanistan and how it might develop after the departure of international troops.

“We all have – and I also take responsibility for this – a poor assessment of the situation. The whole of the international community has taken it for granted that we can continue with development aid (in Afghanistan)”, a- he declared.

Merkel said she believed that the intervention of the United States and its allies for nearly 20 years in Afghanistan ensured that a terrorist attack like September 11 could not be prepared now from within the country.

However, all international efforts to create a democratic rule of law “have not been achieved as we expected”.

“He did not leave (Afghanistan), he fled. And he fled in the most shameful way,” Kabulov told Russian Defense Ministry TV station Zvezda “.

The diplomat recalled that, in a televised message to the Afghan people, Ghani said he was “ready to give his life and that he would fight to the end”.

On the other hand, Kabulov said that it is even easier to negotiate with the Taliban: “If we compare the ability to make deals, the Taliban have long seemed more capable of making deals than the puppet government of. Kabul, ”he added.