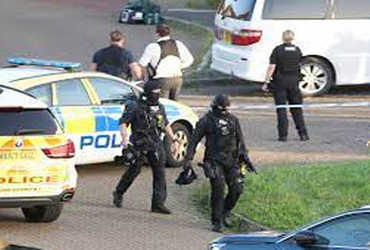 Police said the incident was not an act of terrorism

The dead included 3 women and 2 men. The killer Davis also committed suicide with his gun.

LONDON: A total of five people, including three women and two men, were killed in a shooting in the south-west city of Plymouth on Thursday. The local police gave this information on Friday.

Police in the City of Devon and Cornwall have confirmed that two women and two men were killed in a shootout in the Kieham area of ​​Plummouth. A third woman breathed her last at the hospital, where suspected killer Jack Davis also committed suicide by shooting his gun.

When police reached the spot, two women and two men were found dead. The person who committed the crime was also found dead. All of them died from gunshots fired.

An official statement issued by the police said that a third injured woman was treated on the spot and later taken to the hospital where she died in the hospital. Police in Devon and Cornwall insisted it was not an act of terrorism. The entire area was cordoned off after the incident but the police did not investigate any other suspects.

Cuban soldiers shot at protester in his home, his wife denounces