Indiscriminate firing in Florida, death of four including newborn 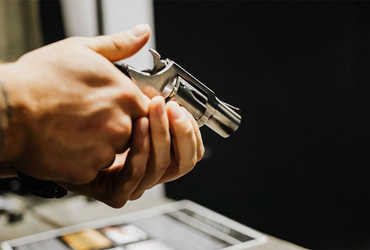 The attacker entered the house and killed the whole family

Attackers who fought for America in Iraq and Afghanistan: mentally ill ex-serviceman arrested

Washington: A former US soldier shot and killed four people, including a newborn baby, in Florida. The police arrested the ex-serviceman and interrogated him.

Preliminary investigation revealed that the ex-serviceman was mentally ill. A shooting took place at a home in Polk County, Florida. The firing was carried out by a former soldier of the US Army. A former US soldier named Brian Riley, 32, shot and killed four people, including a newborn baby, his mother, grandmother and another.

The police immediately caught the attacker who fired. Preliminary investigation revealed that he was mentally ill for some time. He told Anne’s girlfriend that he could speak directly to God. He claimed that a girl is going to commit suicide and her family should be informed about it.

About nine hours later he opened fire. The ex-serviceman said in a police statement that no other information was available about the family that was targeted, but that he had no direct enemies.

The accused was shot once and was taken to the hospital. There he tried to snatch a gun from a policeman. The Polk County Sheriff said it was investigating why the family targeted was shot, but according to preliminary investigations, the accused did not know the family.

According to the statement of his girlfriend, he was mentally ill and claimed to be able to talk to God. His mental illness had something to do with this family. Sheriff said that this man has fought for the country. He was really a hero, but because of this he has become a killer in the country.