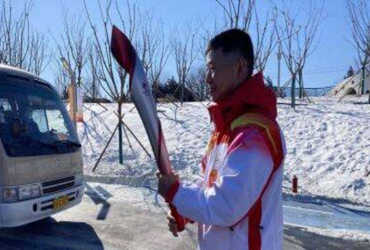 India has strongly objected to the handing over of the Olympic torch to a Chinese soldier who took part in a skirmish with India at the Galwan border during the Winter Olympics in China. In response, India’s top Chinese diplomats will no longer attend the opening or closing ceremonies of the Winter Olympics.

India’s Ministry of External Affairs today strongly opposed the incident, declaring that China has given a political color to a sporting event like Olympics, which is regrettable. The Indian government has decided to boycott the opening or closing ceremony of the Winter Olympics for its diplomatic officials. This was officially announced by the Ministry of External Affairs.

In 2020, when the country was battling the coro pandemic, Indian soldiers clashed with Chinese soldiers in Galwan in 2020, in which soldiers from both sides were killed.