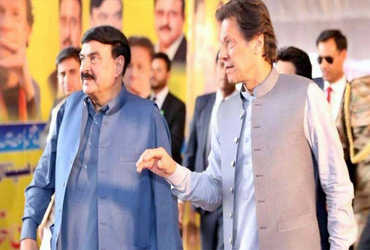 Since the Taliban regime came to power in Afghanistan, Sheikh Rashid, the Interior Minister of Pakistan’s Batkabola, is very excited and is making strange statements.

Sheikh Rashid has now said that it is natural for India to be uneasy about the Taliban regime. The whole world has seen that India was in mourning after the Taliban came to power. India’s defeat is evident from the fact that it is withdrawing its citizens from Afghanistan.

He said that the credit for India’s defeat goes to Pakistan and its institutions. Pakistan has been battling unrest in Afghanistan for many years. Pakistan wants peace in Afghanistan so that peace can be established in Pakistan also. Sheikh Rashid said that now the Taliban will not allow their land to be used for activities against Pakistan.

When Ashraf Ghani’s government was in power, Pakistan always said that India was expanding its influence in Afghanistan and using its land for anti-Pakistan activities.