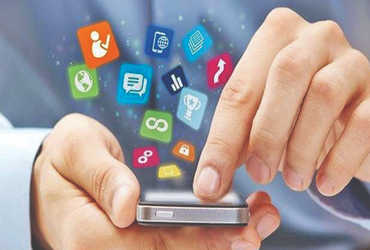 Indians use 18.4 GB of mobile data per month, while Americans use 14.6 GB of data

In 2015 people spent an average of 80 minutes on mobile internet, now this time has increased to 130 minutes

New Delhi: Indians are the first to spend the most time on a smartphone. Just one call or message is not enough. Indians are also spending more time on streaming and social networking sites. Work from home has also increased mobile data and usage. This trend will continue in future also. This is stated in the Ericsson Mobility report.

According to a report by Ericsson Mobility, India used an average of 12 GB data per person per month in 2019, which has increased in 2020 and 2021.

Also, India has some of the cheapest mobile rates in the world. According to a report by World Mobile Data Pricing, per 1 GB mobile package in India is the cheapest in the world. It is followed by Israel, Kyrgyzstan, Italy and Ukraine.

The report said that the majority of the Indian population is young and tech-savvy. The smartphone market in India is vibrant. It has the potential to incorporate new technologies. There is a tough competition in the market and data is also very cheap. The price of mobile GB data is 0.0 0.09 per GB in India, 0.11 in Israel, 0.0.21 in Kyrgyzstan, 0.0.43 in Italy and ₹0.46 in Ukraine. St. Helena has the most expensive rates. It is 583 times more expensive than India. These countries have better fiber infrastructure.

Customers will spend a total of 930 hours i.e. 39 days of the year on mobile in the coming days. The survey was conducted in a total of 57 countries. According to the report, 4.5 trillion hours were spent on mobile internet devices in these countries in 2021.

In 2015, people around the world watched the Internet on mobile for just 80 minutes. This duration is now 130 minutes. Smartphone availability, speed, good screen, app innovations have increased the number of internet usages on mobiles significantly. Mobile Internet usage in global media usage will increase from 27% in 2021 to 31% in 2022. On the contrary, people’s reading time has decreased. During 2014 to 2019, this time has been reduced from 17 minutes to 11 minutes, while the time to read a magazine has been reduced from eight minutes to four minutes.