Indian youth convicted of robbery in Singapore sentenced to be whipped 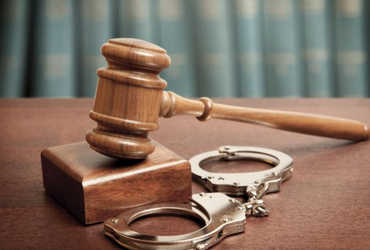 Tushantar Segaran, a 6-year-old Indian-origin man in Singapore, was sentenced by a court to flogging. The young man was accused of robbery in 2020. The allegation was proved in court.
Apart from Tushantar Segaran, an Indian national of Singapore origin, two other Indian nationals were charged with robbery in November 2020. The three Indian nationals were charged with carrying out a combined robbery of 5,000. All three were arrested. This was followed by a lawsuit filed in the court, in which Tushantar Segaran was sentenced to two years in prison, in addition to lashing. It was Tushantar who had planned the robbery and it was proved that he got 15 thousand dollars from it. Tushantar was jailed for two years. Also he will be beaten up.
A case was also registered against two other accused – Karthik Staliniraj and Kottakumar Jaswant. A case of mass robbery was registered against the three. The court ruled that the trio committed the robbery at a time when only two women employees were present in the shop. Earlier, a 21-year-old accused was sent for reform under Singapore law. The case against one of the accused is still going on. He faces up to two years in prison.