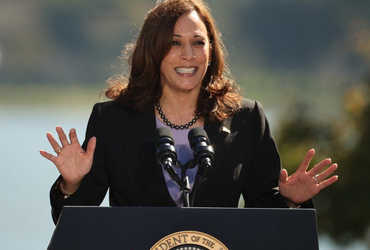 Indian-origin Vice President Kamala Harris became the President of the United States of America for one and a half hours. For the first time in American history, a woman has held the presidency. He assumed the presidency during President Biden’s colonoscopy.
The White House said in an official statement that President Joe Biden had undergone routine check-ups along with colonoscopy. At that time his doctor had asked him to abstain from full responsibility and get admitted to the hospital. Because at that time it was not decided how long it would take.
Meanwhile, Biden officially handed over the presidency to Vice President Kamala Harris at 10.10 a.m. An official letter was sent to the President’s Office at 10.10 am on condition of notifying the US Senate. President Biden then underwent a colonoscopy and a routine check-up.
After examining Biden, doctors declared him completely healthy. Joe Biden, the oldest president in US history, is now eight years old.
Biden took the presidency again after a routine checkup at 11.5 am. Meanwhile, Kamala Harris was the President of the United States of America for 1 hour and 2 minutes. This was the first time in the history of the United States of America that a woman held the office of the President of India.