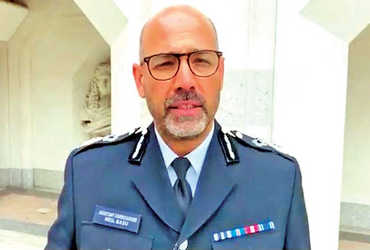 He will be the first Asian to top London

London: Indian-origin Anil Kanti Basu is likely to become the London Police Commissioner. Anil Basu will be the first Asian to reach this milestone. The family of Anil Kanti Basu aka Neel Basu was reunited in the UK six decades ago.

Anil Basu’s family moved from Kolkata to London six decades ago. His father was a surgeon. Anil Basu was born in 1968. Anil Basu joined the police in 1992. He was appointed chief of the Special Anti-Terrorism Unit a decade ago.

Later he became the Director of Police Training College. Two years ago he was appointed Assistant Commissioner of Police in London. Anil Basu, 53, has a stellar record as a police officer and is likely to be elected as the new police commissioner.