India will raise the issue of funding for terrorism from today! 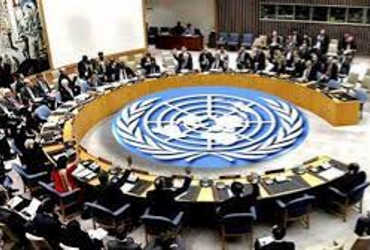 India will take over the reins of the United Nations Security Council (UNSC) from tomorrow. India will chair the UNSC for a month from August 1. During this, India is preparing for maritime security, peace building and counter terrorism. The Indian Ministry of External Affairs has started work on a strategy to make full use of this opportunity in the context of Indian diplomacy. Along with this, India will also raise the issue of Afghanistan. All these issues are directly related to the current and long-term interests of India. India can also target Pakistan and China at this time.

India will be represented by Prime Minister Narendra Modi, External Affairs Minister Subramaniam Jaishankar and Foreign Secretary Harsh Shringla at events in the Security Council on issues of long-term interests with India. In this regard, a meeting was held between UN General Assembly President Vulcan Bozkir and India’s Permanent Representative to the United Nations TS Thirumurthy to discuss the Security Council’s August agenda.

Meanwhile, India’s Permanent Representative to the United Nations TS Thirumurthy said in a video message that it was an honor for him to preside over the Security Council in the month when India celebrates its 7th Independence Day. According to information received from the Office of the President of the General Assembly, Ambassador of India TS Tirumurti briefed the President of the United Nations General Assembly about the major activities undertaken during the Presidency of India, which included high-level open discussions on maritime security and technology. Is. There will be a high level meeting regarding this.

The time India has been waiting for has arrived after becoming a non-permanent member of the United Nations Security Council (UNSC) for two years in January 2021. How serious India is about its preparations can be gauged from the fact that recently Foreign Secretary Shringla has visited the United Nations Office in New York.

Meanwhile, Shringla held a special meeting with representatives of countries where India is to discuss various issues during his presidency. He expressed his commitment to France by attending a meeting on Libya chaired by India, an important strategic partner of India. He held a separate meeting with UN Secretary-General Antonio Guterres and held special discussions on the issues to be taken up under India’s presidency.

External Affairs Minister S. During Jaishankar’s recent visit to Moscow, he discussed the Indian agenda with the Russian Foreign Minister. This time India is in touch with Britain on strategic issues. Shringla met the British Minister of State for Foreign Affairs in the United States. This will also be an important issue in the meeting between Jaishankar and US Secretary of State Anthony Blicken next week. China is the only country among the permanent members of the UNSC with which India has not held any discussions so far.

External Affairs Minister Jaishankar and Foreign Secretary are expected to visit the United States in August 2021. India will definitely raise the issue of Afghanistan under its chairmanship. Afghanistan is currently under the scrutiny of all countries. India will try to make the world take the situation in Afghanistan more seriously. Apart from this, the issue of maritime security is also likely to be given more importance next month.