India will lead the world by 2020: Former US lawmaker Verma 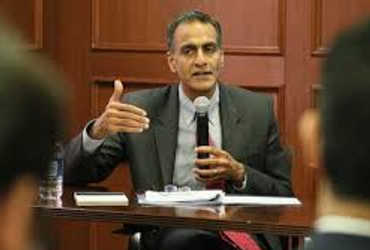 He said the world’s most populous country, largest college graduate, largest middle class, largest cell phone and internet users, third largest military power and the world’s largest democracy has the third largest economy, which took 3 years 500 million in less than a year. Older people. Richard Verma said, “Today India is at the forefront of development on a very large scale.” An estimated 200,000 will be spent on infrastructure development in India over the next decade. A major part of the infrastructure required for the year 2020 is yet to be built. So today’s India plans to build 100 new airports

In his address at the Jindal University School of Banking and Finance, the former US Ambassador to India told the students that India has the youngest workforce in Asia. You will continue to get its benefits till 2020. He said that this era began with the visit of President Clinton to India in 2000. It was a successful visit for the US President decades later.