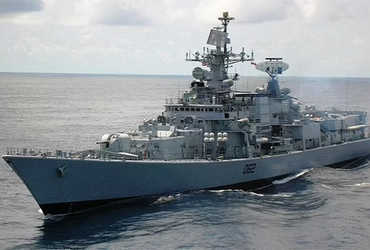 Four warships of India will be deployed for two months

Indian warships will also be used in exercises with America, Japan and Australia

China is claiming its sovereignty over the entire South China Sea. Atrocities have started on small surrounding countries and have also turned against the United States of America. In this, India is going to land its warships in the South China Sea, which may further anger the Dragon. Currently countries like Brunei, Philippines, Malaysia and Vietnam are facing China and India will challenge China by deploying these ships and supporting these smaller countries in some form or the other.

A statement issued by the Navy said that the purpose of sending these warships from India was to help its allies as well as to ensure order in the maritime sector. According to the Navy, the deployment of Indian warships will also include annual exercises with the US, Japan and Australia. Military exercises are often conducted in the area by the United States. Whatever territory China claims to occupy, the US has challenged it.