India should support those fighting for freedom in Afghanistan, not the Taliban of the government 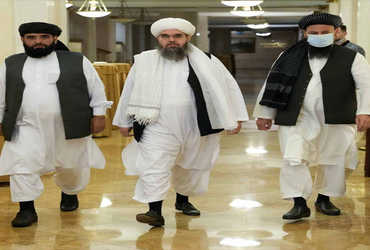 Amid the growing dominance of the Taliban in Afghanistan, a Taliban spokesman told India that India needs to remain neutral in the fight.

A news channel asked a Taliban spokesperson why there was a different rule for India, as India has military support at least in Afghanistan. If the US is on the side of the Afghan government and the Taliban is still negotiating with the US, shouldn’t India also join the Doha talks as a close neighbour?

In response, a Taliban spokesman said, “We appreciate any country’s efforts to rebuild Afghanistan, but I remember India taking the side of the government in Kabul and the people of Afghanistan for the country’s liberation.” were fighting for.” Even in Hala, India is in opposition to the people and with the occupying powers (government). It is necessary for India to change its attitude.

“They were not with us, they were with the Afghan army and they did not inform us,” the spokesperson said of the killing of Indian photographer Danish Siddiqui. Reporters who come here inform us. So that they were not harmed, they were killed during the war. It is wrong to say that his body was mutilated. We don’t do that. Because it is against the rules of Islam. We didn’t have his body. We have ordered our fighters not to harass journalists as they are not soldiers. We don’t want a journalist to be killed.