India should not make the mistake of giving shelter to those who belong to the old government. 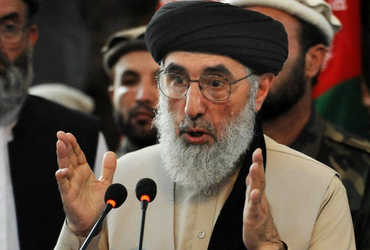 Former Afghan Prime Minister and Hizb-e-Islami leader Gulbuddin Hekmatyar has warned India not to make the mistake of harboring Afghan nationals belonging to the old government of Afghanistan. “If India gives shelter to such people, the Taliban will also be forced to support anti-India activities,” Hekmatyar said.

Notorious as the “Butcher of Kabul”, Gulbuddin Hekmatyar is also seen as a powerful figure in the Taliban regime. In an interview to a TV channel ahead of the formation of the new Taliban government in Afghanistan, Hekmatyar said India should avoid harboring anti-Taliban militants. If India gives political asylum to the opposition of the new Afghan government and provides them a platform for anti-government activities, the Taliban will also be forced to support anti-India activities.

On the Kashmir issue, he said that the new rulers of Afghanistan have no interest in interfering in the Kashmir issue. He also said that it is easier to use Afghanistan soil against Pakistan than India. He advised India that India should reconsider its failed policies on Afghanistan and overcome its historical shortcomings with the support of the Soviet Union and the United States.

Hekmatyar and his army of the Pakistan-backed Hizb-e-Islami guerrilla group are accused of killing thousands of civilians during the 19-19 siege of Kabul. However, in 2014, the then President Ashraf Ghani pardoned the 7-year-old Hikmatyar. Hekmatyar is among the US-trained mujahideen against the Soviet Union. He has been both friend and foe of the Taliban for the past three decades.