India really told Pak at UN: You are giving 5 star service to the culprits of Mumbai blasts 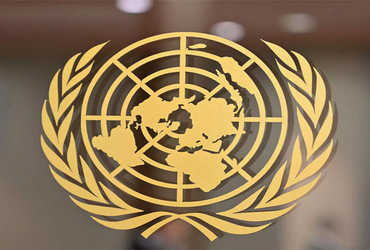 India at United Nations International Anti-Terrorism Conference-2022: The link between terrorism and transnational organized crime must be understood

UNO: In UNO, India has really told Pakistan. Speaking at the International Anti-Terrorism Conference-202 organized by UNO on Tuesday, January 14, India’s representative T.S. Gurmurthy said: “The link between terrorism and transnational organized crime must be fully understood. Pakistan has not only given political security to the crime syndicate responsible for the 19 Mumbai blasts, but also seen enjoying the services of JC Is.”

In August 2020, Pakistan for the first time admitted to keeping Dawood Ibrahim in its territory. In fact, the government has announced that it has imposed extensive sanctions on seven banned terrorist groups and their leaders. Among them was the name of an underworld don Dawood Ibrahim, who was declared a terrorist by India.

In this regard, India’s Permanent Representative to the United Nations Tirumurti said, “Decisions to eliminate terrorism should not be based on political or religious calculations, but on fact-based, quick, credible and eyewitness accounts.”

According to observers, no matter how hard India tries, Pakistan will not improve because it is based on India’s opposition. It cannot defeat India in direct war, so it wants to weaken India with bloodshed which is never going to happen.

He wanted to show the world India’s passivity and weakness by the Mumbai bombings or the attack on the Taj Hotel in Mumbai. During the attack on Hotel Taj in Mumbai, he told the terrorists that you have to scare the billionaires there and collect a pile of money and cheer for Pakistan. People will welcome you openly but that nefarious plan of Pakistan did not succeed.

Kasab was caught red-handed first by the Mumbai Police and then by the National Security Forces, killing almost every terrorist, and his testimony proved that Pakistan had a hand in the attack. Not at all.

Such lies have once again exposed Pakistan at the UN.