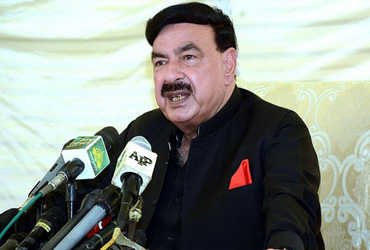 He claimed that Kashmir and China are together for the Pakistan-Pakistan Economic Corridor and that any obstacle in its way should not be taken into account.

Sheikh Rashid said that the investigation into the recent attack on Chinese nationals has been completed and it will be revealed soon. An international conspiracy has been hatched to defame Pakistan. India’s spy agency led by Rowe.

In an interview to a Pakistani TV channel, Sheikh Rashid further said that the daughter of the Pakistani Afghan ambassador has not been kidnapped. I want to tell the whole country that this is an international racket and this incident has been instigated by the Indian spy agency Roe all over the world in the form of kidnapping.

At the same time, he alleged that India, Afghanistan and Israel are instigating terrorism in our country.