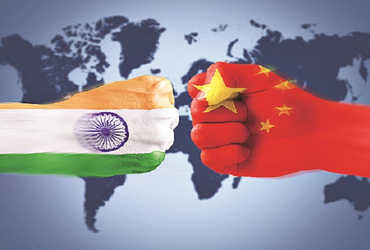 Washington: ‘India is facing many challenges. In which the geopolitical challenges are also at their peak. On the other hand, it is facing special challenges from China regarding its LAC. The United States has said in its Indo-Pacific Strategic Report.

The Strategic Report, released yesterday (Friday), is the first region-specific report produced by President Joe Biden’s administration. It outlines the President’s vision to strengthen America’s position in the Indo-Pacific region as well as strengthen the region as a whole and reaffirm India’s regional leadership in the region.

“We seek to build a partnership in which the United States and India work together to bring stability to South Asia through regional groups,” the White House said in the report. Intensify economic and technical cooperation to create a free and open Indo-Pacific region, along with coordination in areas such as health, space and cyberspace.

However, a US official said on condition of anonymity that India still faced serious challenges. Especially China’s action on the LAC has given life to India. In our opinion, we are seeing a lot of opportunities to work with other democracies (India). A country that has a tradition of sailing, and a country that understands the importance of similarities around the world.