India has done a great job, but don’t underestimate its army: Taliban 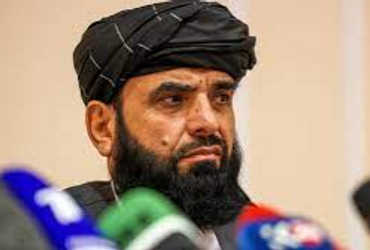 Taliban has captured most of Afghanistan and is now moving towards Kabul and the eyes of the whole world are on Taliban. At such a time, a Taliban spokesman has assured the world that we will not attack the embassies and ambassadors of any country.

Taliban spokesman Mohammad Suhail Shahi praised India’s work in Afghanistan but also warned against sending troops. He further denied reports of meetings with the Indian delegation and their links with Pakistani terrorist organisations. Amid reports of various countries vacating embassies and recalling their ambassadors, Shaheen said, “There is no threat to any embassy or ambassador from us.” We will not attack any embassy or ambassador.

Asked whether he can give an assurance that Afghan soil will not be used against India after the Taliban comes to power, spokesman Mohammad Suhail Shahi said, “We will not use Afghan soil against any country.” Committed not to let that happen.” However, in a threatening tone, he said that it would not be good for India to come with troops to Afghanistan. We will not take that into account. Everyone has seen the result of military presence of other countries in Afghanistan.