India and Canada India. Looking for new opportunities in the Pacific: Melanie Jolly 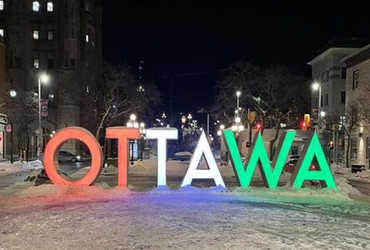 Both countries are moving forward in trade and economic cooperation with political and economic stability and regional strength.

Ottawa: On India’s Republic Day, Canada flashed the capital letters of its capital Ottawa in orange, white and green. This was a sign of Canada’s goodwill towards India. In a statement issued that day, Canadian Foreign Minister Melanie Jolie stressed the need to work together in the Indo-Pacific. He also said that both the countries are working together to explore new opportunities in this area. We will continue to work in that area.

Jolly was the chief guest at the ‘Virtual Republic Day Celebrations’ organized by the Indian High Commission in Ottawa. “The two countries are working together to explore new opportunities in the Indo-Pacific region,” he said in a statement. “We have the same goals as the Pacific countries,” he said. At the same time, we are active in promoting peace, stability and prosperity in the region.”

In the statement, he appreciated the 1.5 billion doses (1.2 billion vaccinations) achieved by India to combat Kovid-12.

At this time, India’s High Commissioner Ajay Bisaria also expressed India’s commitment to work in the Indo-Pacific region in collaboration with Canada. Elaborating on Ms Jolie’s statement, she said, “India and Canada are natural partners as Pacific countries and also as G-20 economies. Bisaria also mentioned that India will be celebrating the ‘Amrit Mahotsav’ this year. Celebrating his independence.