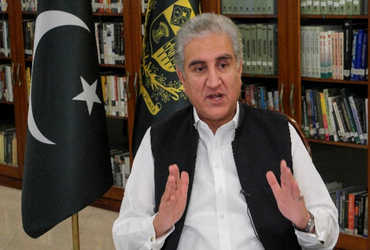 The Pakistani government has become accustomed to blaming India for any problem in its own country.

Foreign Minister Shah Mehmood Qureshi said after the investigation was completed that the vehicle used in the attack was stolen from Afghanistan. India’s spy agency Rowe and Afghanistan’s spy agency National Directorate of Security are responsible for the attack.

Police made an absurd allegation that the suicide bomber was an Afghan national and that 14 people were involved in the attack. The attackers were trained by Rowe and the NDS. Three accused have been arrested in the case.

Investigating agencies say that China has also been made aware of every aspect of the investigation of the case. The conspiracy was hatched in Afghanistan.