In Pakistan, the risk of this disease has increased due to the marriage of uncle-aunt, uncle-aunt and cousin-sisters. 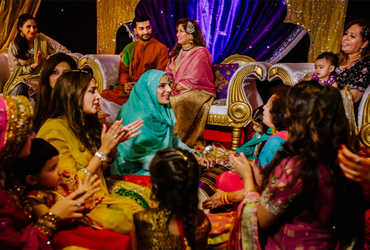 – Arabs, Parsis and even South Indians in Jerusalem have a tradition of marrying close relatives.

In Islam, marriage is permitted between siblings of uncle, maternal uncle, masaiyi and foi. In a way, this arrangement of marriage is completely optional, but in some cities of Pakistan, marriage with close relatives is seen as a tradition. However, some people are also questioning this tradition. According to him, cases of genetic disorders are increasing due to this practice.

A detailed report of the people bound by this tradition of Pakistani marriage was prepared by Germany’s DW News. Many people shared their personal experiences during this interview. 56-year-old Ghafoor Hussain, a father of eight children, lives in Pakistan-occupied Kashmir. He married his cousin’s daughter in 1987 and their 3 children are suffering from some health disorder. One of their daughters has difficulty in speaking, the other cannot hear in the same way. He is constantly worried about who the children are after his death. His family medical history includes blood disorders, learning disabilities, blindness and deafness. According to doctors, this happens due to inbreeding.

The problem of genetic mutation in Pakistan

Thalassemia is the most common problem as endogamy is common in some communities and tribes.

However, this tradition of marriage with close relatives is not unique to Islam or Pakistan. Arabs, Parsis and South Indians also have a tradition of marrying close relatives in Jerusalem. There are many communities in South India who follow this tradition. They take gotram seriously and do not marry in it. That is, there is no marriage between a man and a woman of the same tribe. A man cannot marry his sister but the daughter of his own cousin. Mama and niece also get married in the same way. The gotram system maintains genetic distance and is also considered safe from the point of view of same-sex marriage.