In Nicaragua, 11 opponents of the dictator are accused of conspiracy 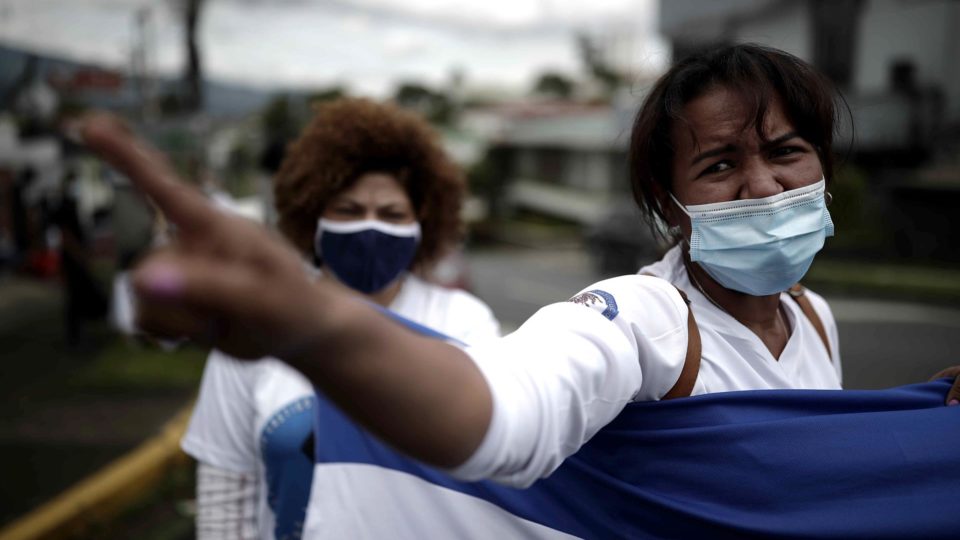 Demonstrators protest against the arbitrariness of the government of dictator Daniel Ortega. Photo: EFE / Jeffrey Arguedas

Nicaraguan justice will try 11 leaders who oppose the government of dictator Daniel Ortega. They are charged with conspiring against national integrity, the attorney general’s office said.

Among the 11 prosecuted, three had announced – before being arrested in June – their intention to face Ortega in the November elections: Arturo Cruz, Félix Maradiaga and Juan Sebastián Chamorro.

All are accused by the Office of the Prosecutor of conspiracy to undermine national integrity, in accordance with Articles 410 and 412 of the Penal Code, to the detriment of Nicaraguan society and the State of Nicaragua. The judicial authority maintained the preventive detention of the accused and referred the case to trial.

In the middle of an election year, the Nicaraguan authorities have already arrested 35 opposition leaders and independent professionals, including seven pre-presidential candidates.

In the November elections, Daniel Ortega, a former Sandinista guerrilla about to turn 76 and returned to power in 2007, after leading a government junta from 1979 to 1984 and officially presiding over the country from 1985 to 1990, is running for his fifth term and fourth in a row.