In China, people under the age of 18 can only play online games for 2 hours a week 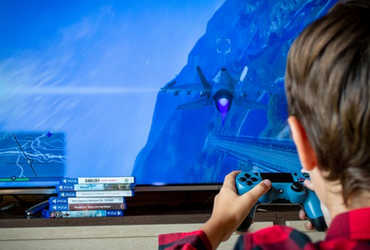 Considering the increasing pollution of online gaming and its impact on society, the Chinese government has made a rule that people under the age of 18 can play only 3 hours a week. According to a directive from the National Press and Publication Administration, children can play online games from 6 pm to 8 pm Friday evening to Saturday and Sunday. According to the guidelines of the director who monitors video games in the country, when there is a public holiday, children will be able to play the game for only one hour at the scheduled time.

Earlier, people up to the age of 15 were allowed to play video games for 30 minutes a day, which has now been reduced. The Chinese Communist government wanted to protect its children and adolescents from the negative effects of online gaming habits, such as eye damage and psychological effects. Remember that online game developers around the world used to consider China a very important market. According to the Audio Video and Digits Publishing Association of China, the gaming industry made 50 billion in the first quarter of this year. Chinese officials compared the online game to opium. The purpose of reducing online game time is to control this activity.

To know the age of an online game rum user in China, one must register with an identity card. No online game can be played without registration. Online game companies have also been given strict instructions not to give this service illegally beyond the stipulated time. The Chinese government has previously taken a tough stand on companies like Alibaba Group’s technology company and Tencent. The Chinese government has tightened restrictions on online gaming, reducing the market value of the shares of related companies. However, no explanation has been given as to what kind of punishment will be given to those who break the rules.