In 2016, 1,200 users were targeted, including government officials. 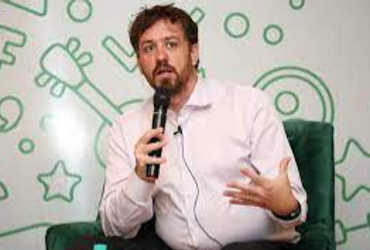 Senior national security officials are among 1,200 WhatsApp users attacked by governments around the world in 2012 from NSO Group’s spyware Pegasus, said Will Cathcart, CEO of messaging app WhatsApp. WhatsApp CEO Will Cathcart this week released new details about the victims of the Pegasus software attack after it was revealed that more than 50,000 people were spied under the Pegasus project.

WhatsApp CEO Cathcart said there are parallels between the 2016 attacks on WhatsApp users and the leaked data at the heart of the Pegasus project. After it was revealed in 2014 that NSO’s spy software Pegasus had targeted WhatsApp users, the company filed a case against NSO.

When WhatsApp announced two years ago that its users had been attacked by the NSO malware, the messaging app said that of the 1,200 targeted users, about 100 were from civil society, including journalists, human rights activists and activists. The attack on users was due to a security flaw in the messaging app, which was later fixed.

“The first thing I want to say is that this reporting is very similar to the attack we defeated two years ago and what we said turns out to be absolutely true,” Cathcart said. He further said that the attack on WhatsApp users was an attempt by NSO Group to target people’s phones through our service. This was clearly an attempted attack and on that list we saw journalists, human rights activists, government officials and others from around the world.

The NSO group has dismissed media reports that more than 50,000 people have been targeted in the Pegasus dispute, saying the figures are exaggerated. However, the CEO of WhatsApp said that the Pegasus controversy is like a warning to everyone about the security of internet mobile phones. If 1,200 people can be targeted in just two weeks, that number could be higher in the long run. He said he had discussed attacks against WhatsApp users with governments around the world. He praised Microsoft and other companies in the IT industry for speaking out on the dangers of malware. He raised questions against Apple on this issue.