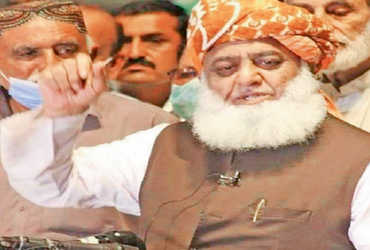 According to a report in The News International, Rahman addressed a public meeting on Monday and said that due to his policies, the country is fighting for survival today. He said the economy of Bangladesh and war-torn Afghanistan is better than that of Pakistan.

Maulana Fazlur Rehman urged people to vote for honest and fair candidates in the next local elections. The PDM president said that voting for the candidates of PTI (Pakistan Tehreek-e-Insaf) party would mean ruining the country. The failed rulers have not taken special measures for the welfare of the people during the last three years.

He said that it is not the government but the mafia who loots people by destroying every area of ​​the country. This unsuccessful government increased the prices of ghee, oil, flour, sugar, medicines. The prices of electricity, petroleum and gas have increased manifold during his rule.