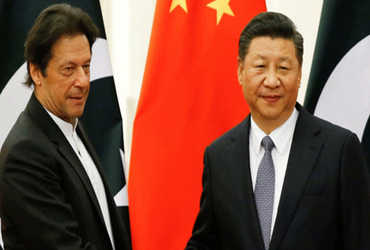 The destitute Pakistan Prime Minister Imran Khan is once again going on a tour of China.

Imran Khan wants China to provide 3 billion aid to Pakistan so that Pakistan’s poor foreign exchange reserves can be increased a bit.

Imran Khan, who promised not to take foreign loans from people before coming to power, has broken all records of taking foreign loans since becoming the PM.

China has so far given a loan of Rs 11.11 billion to Pakistan, in return for which it has repaid Rs 26 billion in interest. Last month, Pakistan had taken a loan of Rs 3 billion from Saudi Arabia.

Financial rating agency Finch has also downgraded Pakistan to “B” rating due to its failure on the economic front.