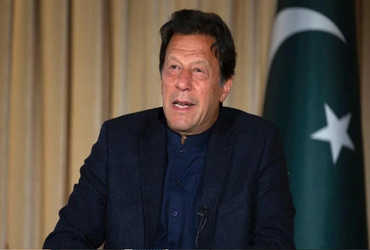 Pakistani Prime Minister Imran Khan has once again expressed his intention to be with the Taliban, he has supported the Taliban government, Imran Khan has even said that the Afghans have broken the shackles of slavery.

Imran Khan actually arrived at the launch of the first phase of the single National Curriculum (SNC) textbook on Monday, the manifesto of the ruling Pakistan Tehreek-e-Insaf (PTI).

Pakistan has been accused in the past of supporting the Taliban, which is why the Taliban re-activated after US troops withdrew after 20 years of peace in Afghanistan, with the Afghan government accusing Pakistan of helping the Taliban. was accused.