Imran is going to China on the pretext of Winter Olympics: Olympics is an excuse: Actually going to take money 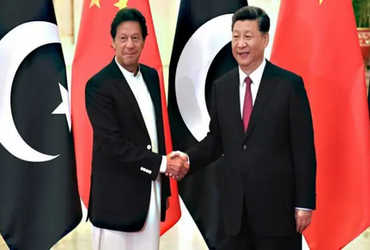 – China Count China Crop. To make an axis. Ready to help, more rare dignitaries will come to the Olympics, so Imran’s ‘welcome’

New Delhi: Pakistan Prime Minister Imran Khan is going to Beijing to attend the Winter Olympics in China as a special spectator. But experts have made it clear that they are going to take financial help from China on this pretext. So the important thing is that China is also ready to help Imran. Because his vision is to make the axis of China-North Korea and Pakistan. Secondly, this Olympics has been boycotted by all the important countries of the world, so dignitaries from NATO countries including America will not be present in the opening of the Olympics. There is no question of India. Incidentally, the presence of Imran Khan in the VVIP enclave can also make China proud. In such a situation, it is natural that China welcomes Imran with an open heart.

Pakistan’s Foreign Minister Shah Mehmood said that one of the aims of the Prime Minister’s visit to China was to show Pakistan’s solidarity with China. Because some countries have boycotted the Winter Olympics.

The Prime Minister will also hold meetings with top Chinese leaders and officials in Beijing. Imran Khan has not visited China for the last two years. This will be his first tour in two years.

However, some people have doubts about Imran Khan’s visit to China. They believe that Imran Khan wants to borrow 3 billion rupees from China. Confirming this, Pakistani newspaper Express-Tribune says that the Prime Minister also wants China to invest in six important areas of Pakistan. This view is also confirmed by other crop media.