Impact of corona pandemic will be felt for decades: WHO chief 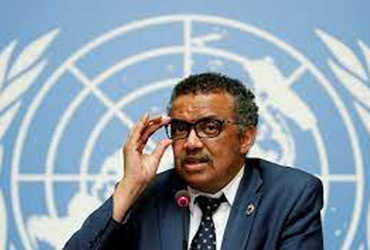 International flights will resume in Australia after two years

20,000 new cases of corona were reported in Japan

NEW YORK (Reuters Health) – The head of the World Health Organization has said the outbreak of the coronavirus is spreading across the world, but the impact of the coronavirus pandemic will be felt for decades to come. Tedros Aidan Ghebreyesus said. He said the longer the pandemic lasted, the more devastating the effects would be. This will have a devastating effect especially on the lower strata of the society.

Tedros said that currently only 4% of people in the Commonwealth have received both doses of the corona vaccine. In contrast, the population of African Commonwealth countries has an average vaccination rate of only 3%.

Australia, on the other hand, announced the reopening of borders for international travel for the first time in two years. Prime Minister Scott Morrison said that if you have received both doses of the corona vaccine and Australia is ready to welcome you.

Australia’s border will be reopened on 21 February. Corona cases are expected to increase rapidly in many Asian countries as Lunar New Year is being celebrated across Asia from 1 February.

Officials have warned that the number of corona cases could increase rapidly in the coming weeks due to the Omicron variant. At the same time, 40,000 cases of corona were reported in Japan on Sunday, out of which 14.5 cases were reported in Tokyo. Omicron infection is spreading rapidly among the elderly, so the number of people admitted to hospitals has increased.