If there is a trend like America, then 30 lakh cases can be seen in India every day. 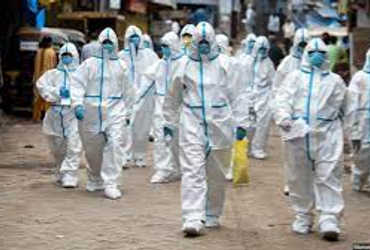 The number of daily cases of the Omicron type may break all previous records, but its severity will be less than that of Delta.

New Delhi: Corona virus has re-entered the country and its third wave has started. Every day the number of cases is increasing by 20%. In addition, Fi. According to service firm Nomura, if a situation like the US develops in India, more than 3 million cases could be seen every day. This will put more pressure on the health infrastructure of the country.

If there is a trend like Africa, then the number of daily cases in the country can be seven lakh 40 thousand. According to Professor Mahendra Agarwal of IIT Kanpur, four to eight lakh cases are likely to be reported during the corona peak in the country.

Nomura has warned that the third wave could slow India’s recovery in economic growth, which has seen improvement recently. Inflation may increase and to meet this, the repo rate may have to be increased. Countries like India, Philippines and Indonesia have 45% of the total population vaccinated. In this case the infection can spread rapidly. This can put pressure on hospitals. The number of new cases in the country has crossed one lakh for two consecutive days.

In view of this, experts have warned that the number of corona cases in India will reach its peak next month. At present, the country may be facing five lakh cases every day. With that said, the Omicron version will be less lethal than last year’s Delta.

Christopher Murray, director of the Institute for Health Matrix and Evolution and head of health matrix science at the University of Washington, said the Omicron wave is about to hit the world, including India. It will have more cases than Delta, but less severe. This time all records may be broken.