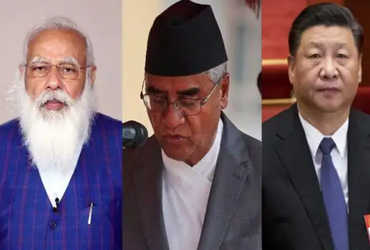 Nepal is ruled by Nepali Congress. It has been a month since Sher Bahadur Deuba became PM on 13th August. Earlier KP Sharma Oli was the PM. India-Nepal relations deteriorated during his tenure as Prime Minister. Now the Nepali Congress has said about India and China that China cannot change India’s status as a ‘special’ neighbour.

According to media reports, former Nepal’s Minister of State for Finance and senior leader of Nepali Congress Uday Shamsher Rana has said that Nepal will continue to work on the principle of ‘neighbourhood first’. At the same time, we will maintain cordial relations with other countries. He said, Nepal needs Beijing and China has been our good neighbor, but India is special.

China cannot replace India. He further said that PM Deuba will have to resolve the issues better as he is heading a delicate coalition government. Deuba will have to maintain stable relations with India and China by taking alliance partners along.