If Japan interferes in Taiwan issue, will carry out nuclear attack: China 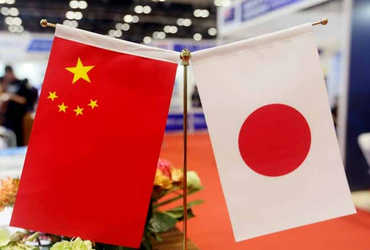 Beijing, Ta. 23
China threatened Japan with a nuclear attack. A Communist Party video was broadcast on a Chinese television channel, saying that if Japan interfered in the Taiwan issue, it would drop several atomic bombs.
In a video broadcast on a television channel, China threatened a series of nuclear strikes if Japan did not change its position on the Taiwan issue. China will launch a nuclear attack and drop an atomic bomb until Japan is destroyed.
Threatening Japan, China said: “We will drop so many bombs one after another on Japan that the Japanese army will kneel before China and beg for mercy.” China will stop nuclear attacks only after accepting an unconditional surrender.
The video was viewed by 3 million people on the Chinese platform, Shigua, but was suddenly taken down hours later.
Japan’s Deputy Prime Minister Taro Aso said in a statement that Japan should show readiness to defend Taiwan’s independence. Japan-US should work together to protect Taiwan. After Japan’s statement, the ruling Communist Party of China threatened a nuclear attack.