If Biden addressed the country, the United States would have had no choice but to leave Afghanistan. 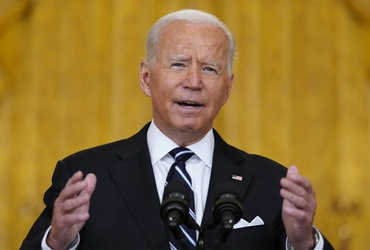 Addressing the US after the withdrawal of troops from Afghanistan, Joe Biden said that the US mission in Afghanistan was successful and the US had no choice but to leave Kabul.

Biden said, “I want to say that we will not allow anyone who tries to harm America or is involved in spreading terrorism against our allies. America has no choice but to leave Kabul to protect American interests. There’s no other option.” We have left Kabul. We trained three lakh soldiers in Afghanistan. Spent millions of dollars and no longer wants to prolong the war. This mission proved costly for the United States. Ashraf Ghani fled the country and this caused chaos in Afghanistan.

In Afghanistan, we do not want to compete with China and move forward in a new way. However, America will be ready to help the Afghan people.