I was removed from the ministry for being a Muslim following allegations by a British MP. 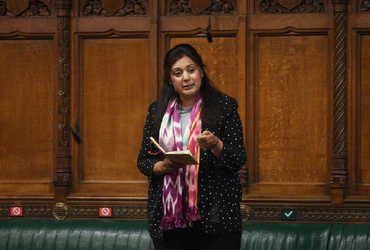 British politics has been stirred by the allegations made by Nusrat Ghani, a former minister in the Boris Johnson government of Britain.

Britain’s PM Boris Johnson is already embroiled in controversies regarding the liquor party in lockdown and now Nusrat Ghani’s allegations have increased his trouble.

The 49-year-old Guinean was removed from the post of transport minister in 2020. “When I asked him the reason for his removal, I was told that many of my colleagues were feeling uncomfortable because I was a Muslim,” he told a newspaper interview. When I was dropped, I felt like someone had punched me in the stomach. I didn’t complain at the time because I was afraid that my colleague would boycott me.

The party’s chief whip, Mark Spencer, denied the allegations in a statement released Friday, saying “Similar baseless allegations have been made more than once in Ghani’s case.

Meanwhile, a spokesman for Boris Johnson’s official residence said that the PM has expressed concern by meeting Nusrat Ghani.