“I didn’t want to prolong an eternal war” 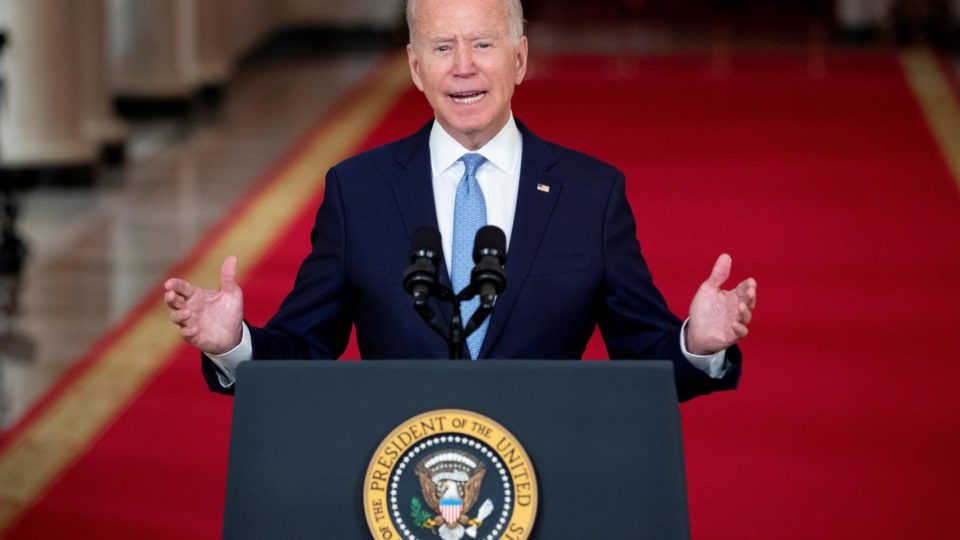 US President Joe Biden addresses the end of the war in Afghanistan in the State Dining Room of the White House in Washington, DC, the United States on August 31, 2021. | Photo: MICHAEL REYNOLDS / Agence EFE

United States President Joe Biden said in a press speech on Tuesday (31) that the “real decision” on the country’s military presence in Afghanistan was to “withdraw or increase” the number of troops after a war which he described as “interminable”.

“Leaving on August 31 wasn’t because it was an arbitrary end date, it was designed to save lives,” Biden said in a speech to the White House in the aftermath of the total US troop withdrawal after 20. years of war in the Asian country. Central.

“I didn’t want to prolong an eternal war,” he stressed.

The US president warned that there was only one “real decision: withdraw or increase” the military presence.

The departure of US troops has sparked scenes of desperation and chaos in Afghanistan, with thousands trying to leave the Asian country after the Taliban movement took power.

The scene took on even more dramatic contours with a terrorist attack claimed by the Islamic State group outside Kabul airport last Thursday which left at least 170 dead, including 13 American soldiers.

Biden today defended the troop withdrawal despite much criticism he received from both the United States and the international community for the hasty manner and without contingency plans.

He insisted that “there is no way to end a war” and to carry out an evacuation of this magnitude “without the kind of complexities, challenges and threats” that the United States faces. were faced.

In particular, he called the troop withdrawal “one of the biggest in history” and noted that “no nation has ever done something like this”.

Biden said 120,000 people have been evacuated from Afghanistan and that there are still “100 to 200” Americans who want to leave the Asian country. He promised his government would continue to work to eliminate them.

The US president also said that the end of the war marks a change in the direction of US policy: “The world is changing. We are engaged in serious competition with China, we are facing challenges on many fronts with Russia, we are facing cyber attacks and nuclear proliferation, ”he said.