Hurricane Ida in the United States: winds blowing at a speed of 300 km, nine killed 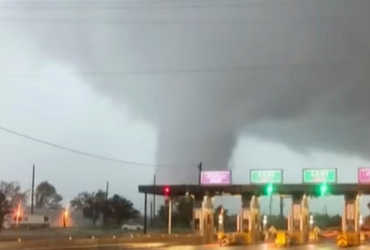 Hundreds of Cars Stuck in the Bronx River, Driving Through New York City
——
New York governor declares state of emergency due to heavy rain: 2,000 people trapped in water rescued, citizens urged not to leave their homes

Hurricane Ida has hit the northeastern United States. Strong winds up to 200 kilometers per hour were reported in New York, New Jersey, Pennsylvania, Connecticut and other states. Nine people, including a two-year-old child, died in this storm. 200 people were evacuated. Life was disturbed due to flooding. The most rain fell in New York. It rained so much in five hours that it could fill 20,000 swimming pools the size of an Olympic ground! The governor declared a state of emergency and a rescue operation was launched to rescue those trapped in the water.
Hurricane Ida hits the East Coast of the United States. States like New York, New Jersey, Connecticut, Mississippi, Pennsylvania were hit by the storm and received heavy rains. High alert was issued in eight to ten states of America regarding Ida. Winds were blowing in these states with a speed of 150 kmph to 200 kmph.
Around 200 domestic and international flights to the northeastern cities had to be cancelled. Metro train services were affected in many areas. Around 40 metro trains were submerged. Videos of several motorcars drowning on the streets of New York were shared on social media. The Metropolitan Transportation Authority had to suspend services due to waterlogging at metro stations. Some trains were stopped and people were rescued. There were also scenes of people sitting in cars and cars getting caught in the water-storm.
Millions of people in New York, New Jersey, Pennsylvania, Connecticut, Mississippi, Louisiana, Virginia, Delaware and other states were forced to spend the night in the dark due to power outages. The US National Weather Service declared a state of emergency in New York and New Jersey for the first time in years. The people of these states were appealed not to come out of their homes. President Joe Biden got a glimpse of the situation in a telephonic conversation with state governors.
Social media posts claimed that several homes on the outskirts of New Jersey were damaged. However, no official data has been released by the government. The roof of the New Jersey Post Office building blew up. The police station was also damaged. However, there were no casualties as the rescue operation was carried out immediately.
The US Meteorological Department has predicted rain and strong winds till Saturday. The Meteorological Department had instructed the people of the riparian area to go to a safer place. There are also fears that rivers in New Jersey and New York may be in spate due to heavy rains.