Hurricane Ida in Louisiana. after blackout 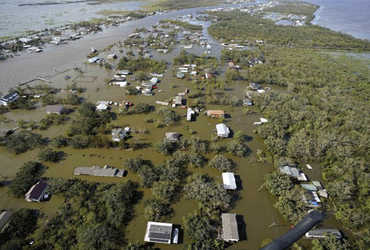 new Orleans: Thousands of Americans have suffered a power outage since Hurricane Ida in Louisiana. The second is to clear debris and repair storm damage. This will leave Louisiana residents without electricity for weeks in the scorching heat.

Ida has caused heavy damage to the power grid in the area. As a result, thousands of residents of the City of New Orleans and the state are living in the dark. They don’t know when the power will come. There was also heavy flooding and extensive damage in some areas outside New Orleans.

Louisiana Governor John Bel Edwards said Monday that there are certainly more questions than answers at this time. I can’t tell you when the power supply will be restored. I can’t tell you how long it will take to remove all the debris and when the repair will be complete. But I can say for sure that we are working hard to rectify the situation and trying to get as much help as possible.

President Joe Biden on Monday held a virtual conversation with Bel Edwards and Tate Reeves of Mississippi Gov. and mayors of other cities hardest hit by Hurricane Ida. They received an update on the effects of Hurricane Ida and discussed how the federal government could help.

“We are coordinating with state and local officials at every level,” Biden said. Rescue boats have been dispatched, helicopters have been provided and deep water trucks have also been dispatched to rescue those stranded in the water. We are going door-to-door in the worst affected areas and trying to send everyone safe. Electricity team has also reached the state. The governor said 25,000 workers have been hired to restore power to Louisiana.