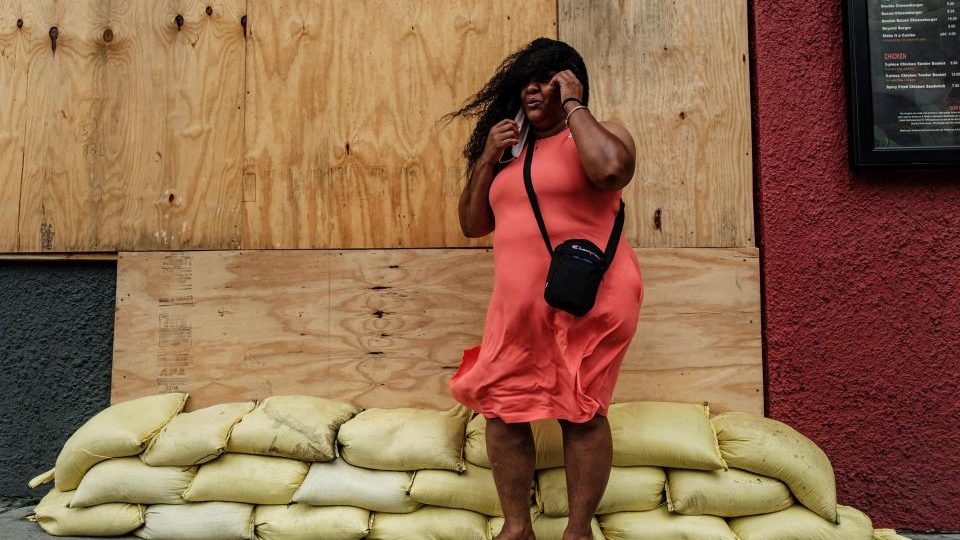 Barricade erected in front of a building in New Orleans to try to stop the damage caused by Hurricane Ida. | Photo: DAN ANDERSON / EFE

Hurricane Ida hit the east coast of the United States early this Sunday afternoon (29) after surprisingly increasing in intensity as it crossed the Gulf of Mexico at dawn. Hours before making landfall in Louisiana state, the hurricane had climbed to Level 4 of Category 5 on the Saffir-Simpson scale.

According to a National Hurricane Center (NHC) bulletin, issued at 9:00 a.m. (Brasilia time), the Ida generated winds close to 250 km / h. Ida has quickly gained momentum since coming into contact with the warm, deep waters of the Gulf of Mexico, where she arrived on Friday (27), after leaving Cuba behind.

The National Weather Service said potential damage from hurricanes could leave the area “uninhabitable for weeks or months.”

Late Sunday morning, the Ida was 90 miles south of the mouth of the Mississippi River in Louisiana, where it was traveling at a speed of 24 km / h.

Meteorologists estimate that Ida can maintain all of her current Category 4 strength on the Saffir-Simpson scale, which measures hurricanes by the force of the winds.

In addition to high winds, the main concern for authorities in the state of Louisiana and the city of New Orleans is the flooding of a low-lying area, from which thousands of people were evacuated on Saturday (28).