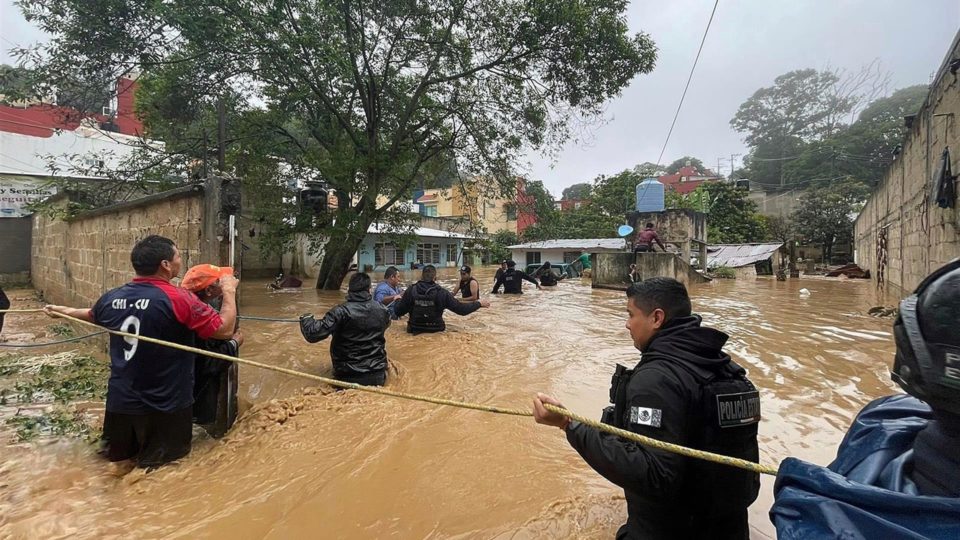 At least eight people have died, including a minor, according to information from authorities in the state of Veracruz, Mexico, due to landslides caused by heavy rains from Tropical Storm Grace.

In the commune of Xalapa, in Veracruz, a landslide buried a house and six members of a family died, at another point in the same locality, a landslide caused the death of a girl aged 7 years. Another person has died in the city of Poza Rica, Governor Cuitlahuác García Jiménez confirmed at a press conference.

Authorities from all three levels of government reported that 8,945 people are working on rescue, relief and clean-up tasks in affected areas and that 358 temporary shelters are active.

After making landfall as a Category 3 hurricane, with maximum sustained winds of 205 km / h, Grace lost speed and was demoted to Category 1. Grace hit the northern part of the state de Veracruz, located in the Gulf of Mexico, with winds of 190 km / h, leaving huge losses in the municipalities of Poza Rica, Tihuatlan, Cazones and Sierra de Papantla. The remnants of the hurricane affected at least 22 municipalities in the northern and central highlands.

Who is Salima Mazari? This brave woman is afraid of Taliban terrorists

Samsung Galaxy S22 to be presented in early February, according to Digital Daily