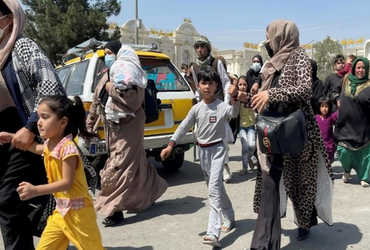 Thousands gathered at Kabul airport to flee the country after the Taliban took over Afghanistan.

The most troubled were the women who wanted to leave the country. Now the American news channel has revealed that many women at Kabul airport were forced to get married at the airport itself so that they could leave the country.

According to the report, single women and girls were not getting entry at the airport. Due to which they got married immediately there. In addition, some of the women identified themselves as husbands of some of the men present, allowing them to enter the flight.

Most of these women were deported from Afghanistan to the United Arab Emirates and later to the United States. Some families even paid men at the airport to send them to their housewives. So that they can marry women and help them get out of Afghanistan.

The US government is looking for women who reached America in this way. Thousands of women tried to flee the country in the style of yen ken amid questions about the future of women after the Taliban took over Afghanistan on August 15.