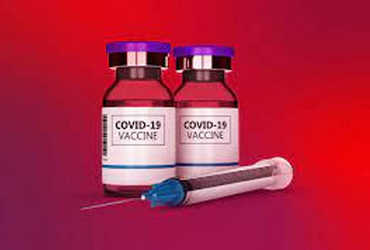 Governments worried about rising corona cases despite lockdown in Australia-Singapore

Budapest: World Health Organization (WHO) chief Tedros Adhanom Ghebreyesus has called on the world’s leading countries to avoid giving booster doses for two months to reduce unequal distribution of the corona vaccine in the world and curb new forms of corona. Is.

According to government figures, 1,87,000 people have been given booster doses in Hungary. Last week, US health officials announced plans to give all Americans a booster dose of coronavirus to prevent delta recent cases. The World Health Organization has appealed to developing countries to make maximum efforts to get the corona vaccine.

Where there is less vaccine, there is an increased risk of virus infection. This puts them at risk of producing even more infective forms than Delta. Not a single person is safe until everyone is safe, Tedros said, urging rich countries to donate corona vaccines.

Along with China, Singapore, Australia and New Zealand also tried to impose strict lockdowns in areas where corona infection has spread by sealing borders and aggressive testing for all foreigners.

The policy has also been successful in curbing corona, but these countries are reconsidering the matter as cases of corona are increasing again in Australia and New Zealand due to the delta version. Australian Prime Minister Scott Morris wrote an article in a newspaper indicating the end of the zero tolerance measure. He said the lockdown was needed, but it will not last long.

The Australian government will now focus on reducing the number of corona cases and how many people need to be treated for corona in the hospital. Despite the lockdown in Sydney, Melbourne and Canberra, thousands of people protested against the extension of Corona restrictions due to increasing cases of Corona.

Singapore also wants to make living with Corona a new routine. However, China is not in favor of taking a soft stand on this issue. China warned people that the Koro epidemic is not over.

The people were appealed not to show negligence in the matter of measures to prevent the epidemic. China has given 1.94 billion doses of corona vaccine. This ratio is also higher than that of UK and USA.