How the Cuban system of repression works 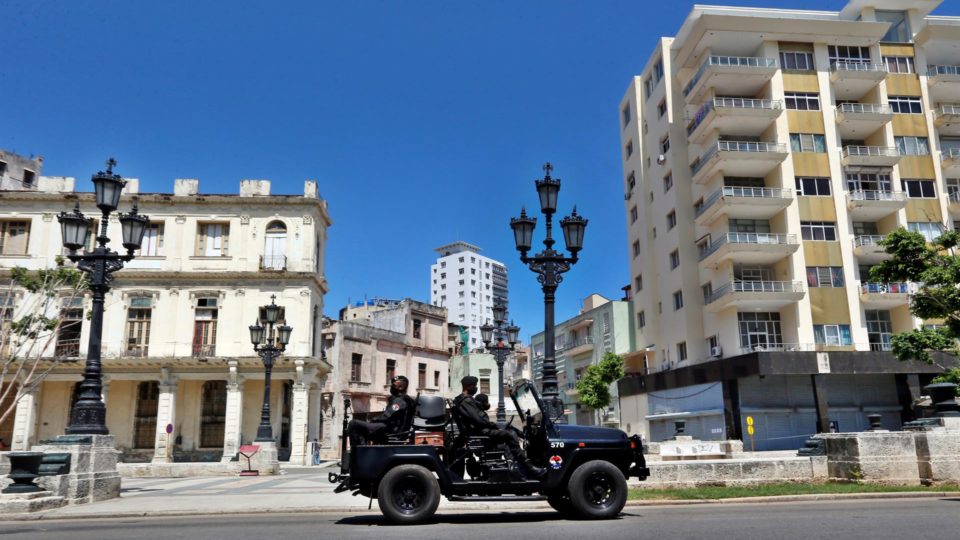 For 18 days, Cuban journalist Luz Escobar could not leave her home. Since the July 11 protests, a state security official has been guarding the entrance to the building where she lives with her two daughters, in Havana, the capital of Cuba. No charges were brought against her, she had not been arrested during the protests, but her work to expose the barbarities of the regime was seen as reason enough for the government to place her under surveillance. The only time she managed to get out of the house these days was to be vaccinated against Covid-19 and, despite everything, escorted by the guard.

Other independent island journalists, artists and activists have also told similar stories. These de facto prisons are used to intimidate dissidents and, since the early years of the Cuban revolution, they have been part of the extensive handbook of state repressive forces. Frequent arbitrary arrests, official warnings, preventing dissidents from working and earning a living, criminalizing individuals who attempt to exercise their human rights and attempting to force them into exile are other methods. which took place in Cuba without much international questioning.

A key player in the crackdown in Cuba is the secret police, officially known as the State Security Department, which is in charge of counterintelligence operations and operates under the aegis of the Interior Ministry.

“In 2003, when the government arrested several hundred dissidents and sentenced 75 of them to receive assistance from the United States in subverting the government, several state security agents who worked for years under coverage in their organizations have testified against them, ”he said, recalling an episode he became known as“ Cuba’s Black Spring ”and spawned Blanco’s Damascus movement – which is also being watched by the regime in this new wave of repression.

The State Security, created in the 1960s with the support of the Soviet Union, is also responsible for monitoring the communications of dissidents in order to prevent them from implementing plans for rallies or demonstrations, placing them temporarily in surviving residence. During recent protests for freedom in Cuba, the role of the secret police was most likely to identify those involved in leading the protests, LeoGrande said.

The proportion of secret police officers in the Cuban population is estimated to be higher than that of the infamous Stasi, which operated in East Berlin. But the regime’s “success” in repressing dissidents, or “anti-social”, is also due to the Committees for the Defense of the Revolution.

Established in the 1960s, they provided – and still provide – a large network of informants to the regime: ordinary citizens who monitor the activities of neighbors and report illegal actions such as making black market purchases, disobeying government orders. Communist Party or participate in opposition movements. . This system was designed to avoid constant repressive actions by the political police or the army, as well as to reduce costs for the state, according to political scientist Josep Colomer.

In addition to the informants, the Revolutionary Defense Committees are responsible for organizing pro-regime marches, like those observed on the island after the demonstrations for freedom, and for making propaganda for the regime.

Members of the CDR often appear in the state press to praise the government, as in the case where the national coordinator of the committees, Gerardo Nordelo, traveled to San Isidro, Havana, to show on its social networks that “there are revolutionaries”. “in the” real and not virtual neighborhood as some media show it “, referring to information in the international and independent media about the protests that took place in San Isidro – where the San Isidro Movement was born, a group that is currently one of the main criticisms of Diaz-Canel.

The committees, according to regime data, have more than eight million members in a country of eleven million people. In 2013, Raúl Castro defined them as “the most powerful army” on the island. However, membership in these groups is believed to be on the decline – a sign of this is that the government was taken by surprise by the July 11 protests – which made the role of the political police more relevant to the system. repression.

When the system of surveillance and repression of individuals fails, the “black berets”, the elite squadron of the Revolutionary Armed Forces (FAR) enter the scene. Formerly called the Special National Brigade (BEN), they were responsible for the scenes of violence observed during the crackdown on the July 11 protests.

In the days that followed, they were assigned to security in the streets of several Cuban cities, with the aim of intimidating the population and suppressing any demonstration against the dictatorship. They were also filmed breaking into a family’s home to take an arrested man away.

The brutality of the actions prompted the US government to impose sanctions on the brigade. Cuban Revolutionary Armed Forces Minister Álvaro “López Miera and the Special National Brigade have been involved in suppressing protests, including physical violence and intimidation,” the US State Department said when announcing the sanctions.

Last year the Black Berets turned 40 and during the anniversary celebrations the regime presented them as “a professional technical force with high political and ideological values” and reaffirmed the ability of their members to ” face counter-revolutionary, criminal and anti-social activities ”.

“We are training to defend the Revolution and defend our achievements,” Major Adalberto Soriano Vidal said in a report for state television.