How responsible is President Ashraf Ghani for the current situation in Afghanistan? 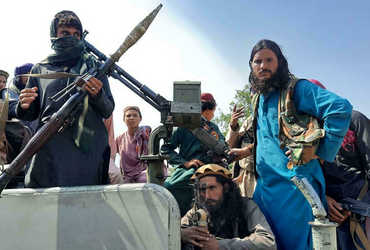 US President Joe Biden addressed the nation on the situation after the Taliban victory over the Afghan capital, Kabul. In his address, Byrd said that leaders who have fled the country are responsible for the current situation. During its 20 years of rule in Afghanistan, the Afghan military received excellent training to fight the Taliban. Weapons were given but they could not fight. Tried to fight somewhere but did not succeed. Notably, President Ashraf Ghani, who fled the country, pointed out that the leaders of Afghanistan cannot work together for the welfare and progress of the country. These former technocrats spent most of their time abroad before coming to Afghanistan.

The President of Afghanistan wrote a book titled Fixing Field State in which he acknowledged that he had not been able to make any significant changes since the fall of Afghanistan. His confession attracted much attention when Guinea was founded to replace Afghanistan’s politics and democracy. Ashraf Ghani of Pashtun community has such a simple and straightforward personality but sometimes he used to get into bigotry against his nature, sometimes he was doing his mistake. In an interview with a news agency in 2017, he described the job of becoming the ruler of Afghanistan as the toughest job on earth. Ashraf Ghani was more dependent on America than his exploits and ideas. The fact that Ashraf Ghani had to flee the country meant that he did not understand Afghanistan and the Taliban.

They failed to tell the world about the real situation in Afghanistan. Western countries, especially the United States, remained silent, despite being aware of the Taliban’s dominance. The Afghan government was not made a participant in the peace talks between the US and Afghanistan in 2019. The Taliban have always considered Guinea an American puppet. The Tbililan organization was angered by his idealistic views of strengthening democracy in Afghanistan. Although Ashaf Ghani did not like the Taliban, he was always ready to negotiate with the Taliban under pressure or for some other reason, so the Taliban considered Ghani a weak ruler without popular support. On May 4, 2021, Ghani wrote in an article that Lajo was ready to accept a Taliban ally and complete his term early. Whatever be the politics of Afghanistan and the world, the failure of the ruling party to play its part, ultimately depends on the people of Afghanistan.