How New York ended its Cracolândia 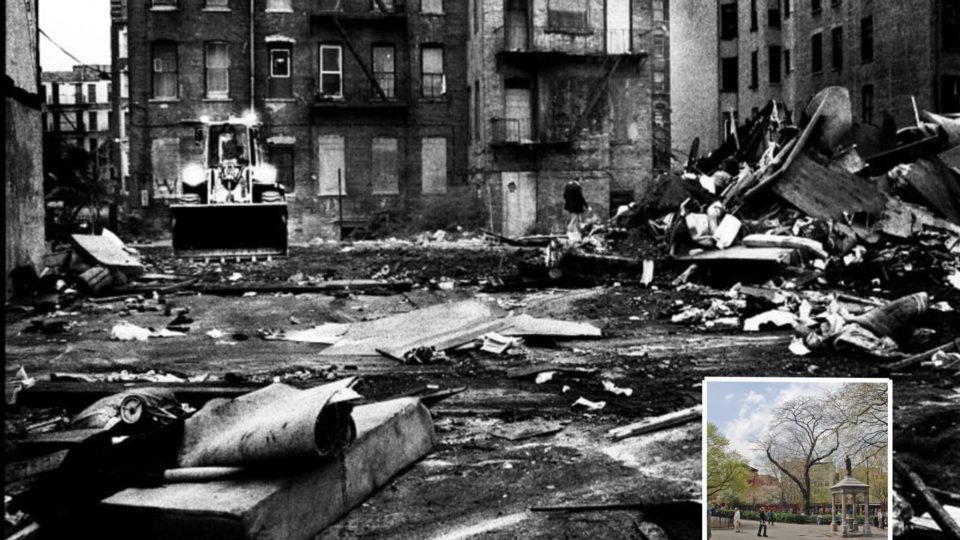 “I worked in a company where violence was part of the routine. It was like being a soldier in a war, violence is expected. And something happened in New York in the late 80s that I will never forget. There was a movie for many years called “Operation France” which was about heroin coming from Europe and entering the United States. The director, William Friedkin, was very well known and he was going to make a film about the DEA (Drug Enforcement Administration, the US government agency dedicated to the fight against drugs), so I had to take him with me for a week. so he would know what it was like to be a DEA agent, to have a sense of reality. One of the days he was with us, we executed a search warrant at a crack house in Washington Heights. We went with several officers and I kept them outside until I was sure I was safe. I took Friedkin inside and I’ll never forget what happened next. Somehow, a woman jumped onto the back of one of the officers who was carrying a gun. This gun shot upwards, it didn’t hit anyone, but the noise was very loud, almost deafening. In this situation, there was a little boy, maybe nine, sitting on the couch in that same room, reading a comic book, and he didn’t even look when the gunshot went off. Can you imagine the level of violence that this child was used to, that she didn’t mind? “.

This story was told by Robert Stutman, former head of the DEA New York bureau in the 1980s and 1990s, who was until then unknown in the country: crack.

The first time Stutman heard of the drug was in September 1985, when one of his agents came to tell him that they had found vials of a drug they did not know existed in various parts of the Harlem neighborhood. “They call it crack,” the agent told me. The DEA team then discovered that although crack is made from cocaine, the difference is that the effect of this new drug only lasted a few minutes, unlike powder, which can last for hours. , and which was sold at a very low price – there was a time in New York when a stone sold for $ 2.

“Some small dealers found out how to make crack, you don’t have to be a chemist to do it, and decided to sell it to street users. Before that, the smallest amount of money a person could spend on cocaine was around $ 80 for a shot. Then the crack started selling for US $ 8. So people who previously couldn’t buy cocaine started buying crack and the use of the drug spread very quickly, ”says Stutman.

From that point on, New York City began to experience a crack epidemic. Alphabet City, on the Lower East Side, and Washington Heights, further north of Manhattan, were the areas most affected during this period. Anyone who walks through these places today, safe for residents and visitors alike, wouldn’t imagine that in the late 1980s Alphabet City was an area overrun with gangs and in Washington Heights some streets were practically a drug “drive-thru”, where users didn’t even have to stop the car to buy crack cocaine.

Scene from the documentary “Crack: Cocaine, Corruption and Conspiracy”: In Washington Heights, some streets were practically a drug-driving service, where users did not even have to stop their cars to buy crack. Netflix

According to a New York Police Department report, in 2016 New York City recorded 335 murders. In 1990, at the height of the crack epidemic, there were 2,262 murders, of which 7.9% were directly linked to drug trafficking or committed by people under the influence of drugs, according to a report. from the FBI. “The city was very violent,” says Stutman.

First actions against crack in NYC

The first reaction of the US government to this crisis was to increase police surrounds and arrests in the most critical areas. In Alphabet City, in southeast New York, the DEA and the Police Department filled the neighborhood with police officers and began arresting scores of petty street traffickers. In Washington Heights, the same action was taken. “We started arresting a lot of people, and I was supporting the operation myself, but we didn’t realize that by doing this we were just shifting the problem from one place to two or three blocks away. houses, ”says Stutman.

Head of the Department of Psychology at Columbia University, award-winning neuroscientist and author of “A Very High Price,” published in Brazil, Dr. Carl Hart is also from New York and remembers this episode.

“We spend a lot of money arresting a lot of people in our society, and some of them are still in jail. And they are part of a racial minority. Here in the US it bothered us so we changed our approach, ”says Hart.

Studies by the National Bureau of Economic Research claim that the black population has been the most affected by these police repressive actions and the crack epidemic. Stutman said crack was seen as a problem for blacks and the authorities’ first response was to put them in jail. “It was a form of racism, but that a lot of people didn’t understand as racism at the time,” he recalls.

From these police actions, violence spread throughout the city. It was then that the police and anti-drug authorities realized that arresting petty traffickers and drug users would not solve the problem.

Measures that worked in New York

A new approach was then devised to try to resolve the epidemic of crack and violence in New York. According to the city’s former DEA chief, four actions were carried out together.

The first was to place police in the most critical areas to conduct foot patrols, not with the intention of stopping, but with the aim of knowing the people who lived in the area and giving them a sense of trust. security. “In this way, the workers, the poor, could feel safe leaving their homes and thus renovate this neighborhood.”

Law enforcement also continued to take place, but with a different focus. Instead of arresting petty traffickers who sold crack cocaine on the streets, security authorities focused their efforts on capturing the top echelon of the cocaine trade.

“If we continued to arrest the lowest trafficked people, it would reach a point where we would have to arrest 10 or 12 year old children who were the keepers of these little crack sellers. So we changed our approach and sued the one who supplied the cocaine to the crack sellers. It was not easy, it took time to plan and carry out good operations, but it reduced the availability of cocaine in the area to be transformed into crack, ”explains Stutman.

In addition, the US government has invested in prevention and education. “You give crack such a bad association that even people who use drugs will say they don’t want to use it, which is very bad,” Stutman says.

Another measure taken was to organize a treatment system accessible to people wishing to recover from drug addiction. In the United States, Drug Courts, a kind of specialized court to assist drug addicts who have committed non-violent crimes, were established in 1989 in Florida and have become a successful case in the treatment of drug addicts.

Judge Jodi Debbrecht Switalski, who has worked in Michigan treatment courts and is recognized for her work in addressing the synthetic drug and opioid epidemic in the United States, explained how drug courts work .

“The individual is exposed to the criminal justice system if he or she has committed a crime, and because treatment courts are voluntary, drug addicts decide whether they want to face criminal justice or treatment, which they don’t. is not an easy process, because the person you need to stay sober, go to recovery, go through several processes to stay healthy, ”says Switalski.