How did the kidnapping from Barbara’s house happen? Mehul Choksi revealed all the secrets 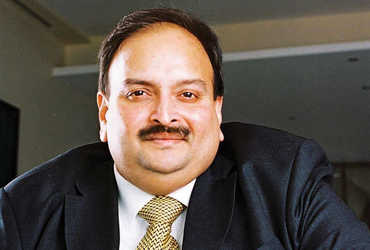 Efforts are being made to bring back Mehul Choksi, accused in the Punjab National Bank scam case, for a long time. Mehul Choksi is currently in the Caribbean country of Antigua and has revealed that he is going from Antigua to Dominica.

Mehul Choksi told that on 23 May he had to go to meet Barbara Jarabika and she had to go to dinner. Usually he goes for a walk everyday and takes the car to his house.

According to Mehul Choksi, he went home and within a few minutes there was a noise and 7-8 people entered the house. He picked me up for questioning and took me away forcibly.

Mehul Choksi, an accused in the PNB case, said that he tried to fight as there was a discussion going on for a long time that Maru might be kidnapped. There have been reports of kidnappings and assaults in India since the elections. My friends always used to say that Antigua was a safe place but when vaccination started people warned me.

Regarding his friend Barbara, Mehul Choksi said that he knows her by her first name. Apart from this, Mehul Choksi knew Gurmeet Singh and Gurjit and used to say that they had come to Barbara’s house. According to Mehul, she is confident that both of them are Rona’s agents and have come to get her.

Mehul Choksi is accused of misappropriating Rs 13,000 crore to PNB in ​​India. Mehul Choksi had fled India in 2018 and is yet to return. He lives in Antigua and has recently arrived in Dominica. He spent a long time in prison in Dominica and is now back in Antigua on medical grounds.