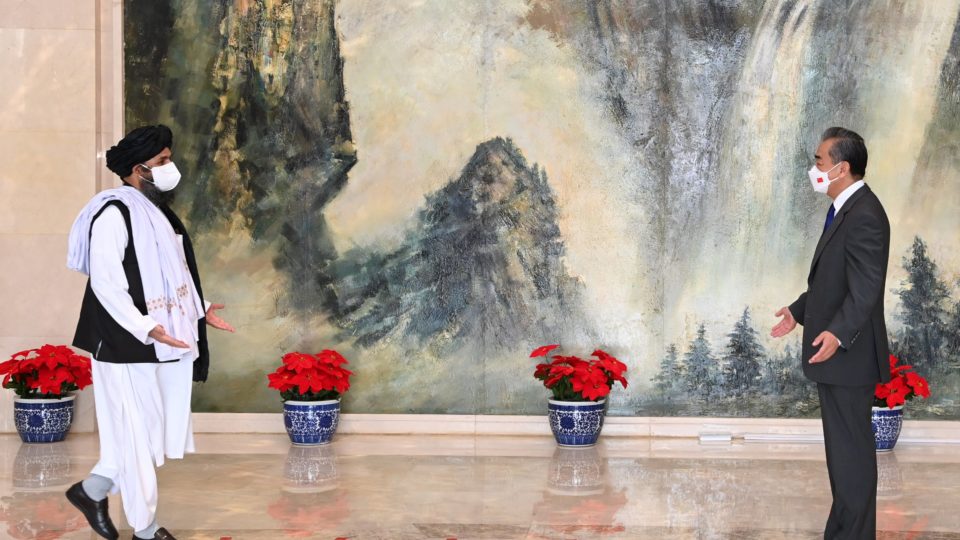 The procession between China and the Taliban continues. Fundamentalist group spokesman Suhail Shaheen said on Thursday (19) that China could help develop Afghanistan in the future. On the other hand, Chinese Foreign Minister Wang Yi said the same day in a phone call to his British counterpart Dominic Raab that the international community should support the transition to a new government rather than putting more money into it. pressure on the government process.

Officially, China has not recognized the Taliban as the new ruler of Afghanistan, but has indicated that it may do so in the name of stability in the region. On Monday, in the wake of the extremist group’s takeover of the capital, Kabul, the Chinese government said it hoped to continue developing “friendly and cooperative relations with Afghanistan.”

China’s main interest at the moment is to maintain stability in the country. The country has been waging its own “war on terror” for years, which has resulted in the persecution of the Uyghur Muslim minority in Xinjiang.

Now the Chinese Communist Party fears that further power struggles in Afghanistan after the US withdrawal pose a direct threat to Chinese national security. One concern is that the East Turkestan Islamic Movement, linked to extremist groups in Xinjiang province, could use Afghan territory to plan attacks on China. (Recall that China and Afghanistan share a small border of 70 kilometers.)

In late July, Wang hosted a delegation of nine Taliban representatives in Tianjin to discuss security issues. At the time, the Taliban delegation pledged to “not allow anyone to use Afghan soil against China.”

While history has shown that the Taliban’s word is not worth much, China seems to be betting that, for its security, its best option at the moment is to support a peaceful transition from the government to the fundamentalist group.

China’s initial support for the Taliban, as the United States leaves the country and tries to block militants from accessing Afghan government money, will be heeded by the fundamentalist group if it succeeds in establishing a sustainable government regime. Taliban leaders have already said Afghanistan is open to Chinese investment – and that’s another Chinese interest in the neighboring country.

The Asian giant has some business in Afghanistan, mainly in the energy and mining sector, as it had diplomatic and economic ties with the government of former President Ashraf Ghani. But, analysts say, the country’s instability has prevented the Chinese from investing more there. If the Taliban does manage to form a government, China would encourage itself to send more money to Afghanistan, which could become the biggest donor for the country’s reconstruction.

Afghanistan, despite being one of the poorest countries in the world, has mineral resources of interest to China, such as copper, rare earth minerals and lithium, which are in great demand for industry development. in the 21st century. Resources that have been little explored until today due to the lack of infrastructure and the country’s instability.

In addition, Afghanistan’s location is strategic, being a gateway between the Middle East and Asia. For China, having infrastructure projects in the country, under a stability scenario, would be important to the Belt and Road Initiative (BRI), China’s global infrastructure investment program.

For international relations consultant Cezar Roedel, this is the most likely scenario currently emerging for Afghanistan. He explains that the Taliban need funding to rule Afghanistan, so this will open the door to Chinese investment. China, in turn, tends to use a strategy known as “debt trap diplomacy,” using the country’s indebtedness to Chinese banks to influence government policy decisions.

Military support? Not at this moment

It would thus be, through diplomatic and economic channels, that China would exert its influence over the Afghanistan ruled by the Taliban. The CCP is not expected to place Chinese soldiers in Afghan territory – not now – at the risk of repeating mistakes made by the United States over the past two decades.

“It is possible that China will develop security assistance for the Taliban regime in the future, but I don’t think it will happen now,” said Laurel Miller, Asia program director for the International Crisis Group, in an interview with CSIS’s ChinaPower podcast.

She said China would be cautious in trying to fill the void left by the United States and NATO, using, in addition to financial aid, its influence in Pakistan – with which it has important trade relations. and military – to strengthen its political relations with Pakistan. fundamentalist group.

The future of relations between China and Afghanistan is still difficult to predict. There is also the possibility that in the long term – and considering that the security situation in the country remains critical – the involvement between nations will end up generating more headaches for China, which, in the absence of the States -United, will have to allocate resources to ensure that your neighbor’s problems do not spill over into your territory.

The only certainty is that right now the Chinese government is scoring points in the so-called “Cold War 2.0” by the media exploiting the hasty – and shameful – departure of US troops from Afghanistan as an example that the United States – United should not be trusted.