How accurate is the Taliban’s claim of capturing Panjshir Ghati? 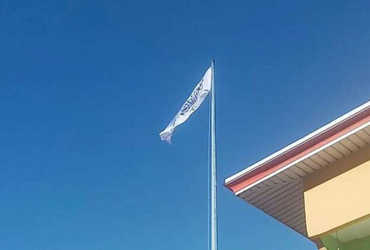 Taliban spokesman Zabihullah Mujahid claimed to have captured the invincible Panjshir Valley in Afghanistan. As US and NATO troops were withdrawing from Afghanistan after 30 years, the Taliban, a terrorist group in Afghanistan, launched a campaign to conquer several provinces.

It was relatively easy for the US-led Afghan-led Taliban to gain control of Kabul, but the Panjshir Valley, 150 km from Kabul, remained undefeated. The Panjsheel Valley, the stronghold of the late Ahmed Masood, also repulsed Soviet troops. For the last 20 years, the US has also allowed Panjshir to remain independent.

Thus conquering the invincible Panjsheel Valley for years has become an honor for the Taliban. The Taliban have not been able to form a government due to differences with their allies, but they are desperate to win the invincible stronghold of Panjshir at any cost. Experts believe that the Taliban have declared victory by waving a flag at a base on the main road in Panjshir but there is still a battle to be fought which is really a test for the Taliban.

The Taliban is yet to reach the gate of Panjshir. Panjshir is not easy to conquer, hence it is called the valley of death. There is only one road in Panjshir which goes from beginning to end which is called the main road of the valley. The Taliban-held quarters are conveniently located along the way. They will face difficulties as they proceed on the next inland route.

The main road consists of several small winding roads that only locals and fighters know about. The fighters of Panjshir specialize in guerrilla warfare. It is foolish for the Taliban to occupy only one street and office. Russia had devised a similar strategy for three years. Hundreds of attempts were made to capture the Panjshir Ghats hundreds of times in 5 years but they had to return empty handed. Panjshir commander Ahmed Masood offered to return to the Taliban, but the Taliban chose war and found themselves in trouble. The commander of Afghanistan’s National Resistance Front, fighting the Taliban in Panjshir, has denied Taliban occupation of Panjshir.