Hotel robbery, murder to raise money for girlfriend’s bail, now you will get such death 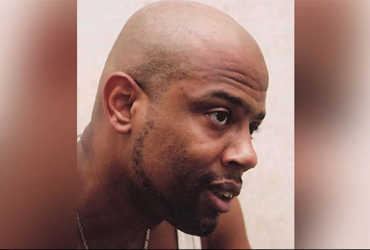 She is claimed to have suffered from fetal alcohol syndrome and brain trauma due to her violent childhood abuse by her alcoholic father.

The case dates back to 2001. Convicted Donald Grant was 25 at the time. He robbed a hotel to raise money for the bail of his captive girlfriend. During the robbery, he shot two hotel employees. According to court documents, one of them died instantly, while the other died during treatment. Donald was sentenced to death for double murder in 2005.

Since then, Donald has been appealing to the Supreme Court against his conviction, citing intellectual disability. In an online petition, her lawyers claim that she suffered from fetal alcohol syndrome and traumatic brain abuse as a result of violent childhood abuse by her alcoholic father. For this reason the death penalty should be avoided in view of his mental state.

The South American state of Oklahoma temporarily banned the death penalty in 2015, but the ban was lifted in 2021. Donald’s application was later rejected by the Supreme Court on Wednesday and since then his execution has started.

The annual death penalty in the United States has been decreasing for some time. The death penalty has been abolished in 23 US states. Others – California, Oregon and Pennsylvania – have temporarily banned its use.