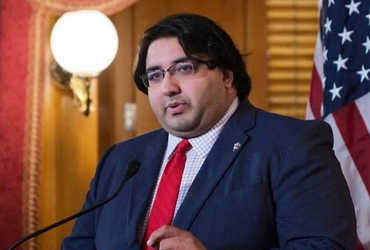 The ‘Dismantling Global Hindutva’ conference to be held in the US next week to criticize Hindutva and Hinduism has provoked outrage among Hindus not only in America but across the world and they have strongly opposed the conference. Protests by Hindus have pulled back several world-renowned universities that supported the event, disrupted the organization of the conference and refused to allow the organizers to use the university’s logo in the event.

The convention brochure described the Rashtriya Swayamsevak Sangh (RSS) and the BJP government as communal, extremist and defamatory in the name of Hinduism. The organizers of the conference have not released their names. But their brochure claims that the program is supported by more than 50 prestigious universities around the world. Speakers with anti-Hindu mindset like Kavita Krishnan, Anand Patwardhan, Nalini Sundar, Neha Dixit, Meena Kandasamy, a staunch supporter of communist and communist ideology in India, have to address the conference.

The Hindu American Foundation, an organization advocating for Hindu rights in the United States, urged universities and colleges supporting the program to withdraw their support. Neeraj Antani, the first Hindu senator from the US state of Ohio, has strongly criticized the program. Opposing the organization of the program in America, he said that this conference is like a heinous attack on Hindus in America. This is nothing more than racism and bigotry against Hindus. I have always strongly opposed Hinduphobia. I strongly condemn the Convention on the Elimination of Global Hindutva.

In protest against the program, the North American Hindu Association (Kohna) has sent over 250,000 e-mails to universities, academics and colleges supporting the program, urging them to withdraw their support. In response to the email, Rutgers University President Jonathan Holloway said he was unaware that the university logo was being used by conference organizers. Following protests by Hindus, several universities have refused to allow the organizers to use the logo of the university in their brochures and events.

Kohna said that the conference misrepresents Hindus, actively denies the genocide of Hindus and most troublingly, the conference’s organizers have tried to portray ‘Hindutva’ as a fundamentalist and Hindutva oppression field book. official intention. On the other hand, there is a huge protest in India against the speakers of this program. “A statement has been issued to the Government of India to take action against the people of India who participated in the event,” said Shambhu Gaware, organizer of the Eastern and Northeast State Hindu Janajagruti Samiti.